Planys conducted underwater inspection of an intake pipeline for a desalination plant in India. The overall in-flow rate of water has reduced and the client wanted to understand the reason for the same. Due to lack of enough man holes in the pipeline, manual diver based inspection was risky. Alternatively, de-watering was not feasible due to the costs and downtime involved and Planys ROV based inspection was desired as it would offer a safe-unmanned solution without the need to de-water the pipeline. Scope of Work: Underwater visual inspection to identify cause of low flow rate and assess its general condition. 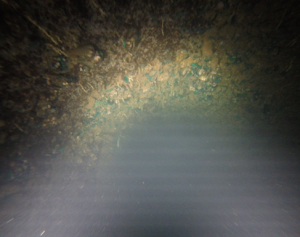 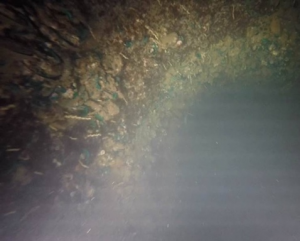 Photographs captured by ROV Mike of heavy marine growth formation on the internal lining of the pipeline.